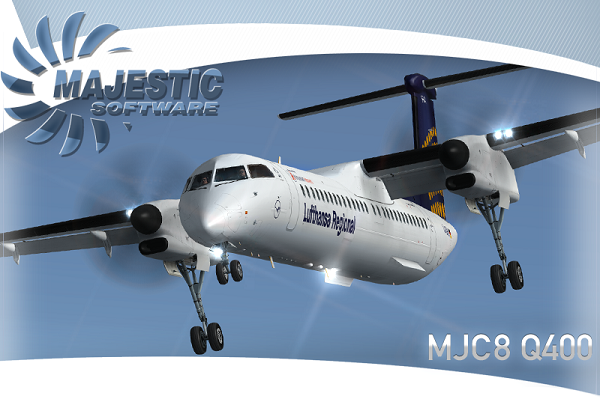 JC8 Q400 is a Prepar3D v2 addon, built after the Bombardier ™ Dash-8 Q400 turboprop aircraft. It has started as a software framework for the FNPT level flight simulator and later separated into an independent project, which provides essentially the full cockpit simulator features under the desktop simulator’s framework.

In addition to the advanced simulation of the aircraft systems, this addon also contains an independent Flight Dynamics Engine (FDE) capable of running at a much higher rate than the default simulator FDE, and free of the inherent problems pertaining to the default aircraft flight dynamics. This enhanced Flight Dynamics package is capable of providing much more realistic wind simulation, icing effects, enhanced propeller physics including the propeller discing and auto rotation, effects of the propeller airstream on the wing lift and the icing effects on the propeller, wings and the flight surfaces.

*Credit and thanks to Rob Ainscough for the beautiful high resolution gallery, and to Aerosoft and Orbx for the terrain addons.